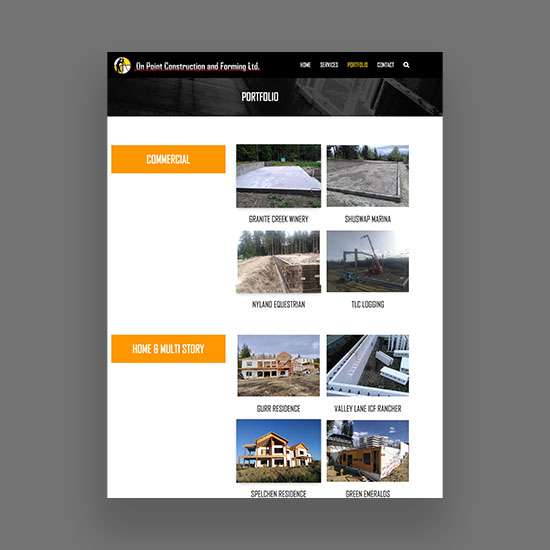 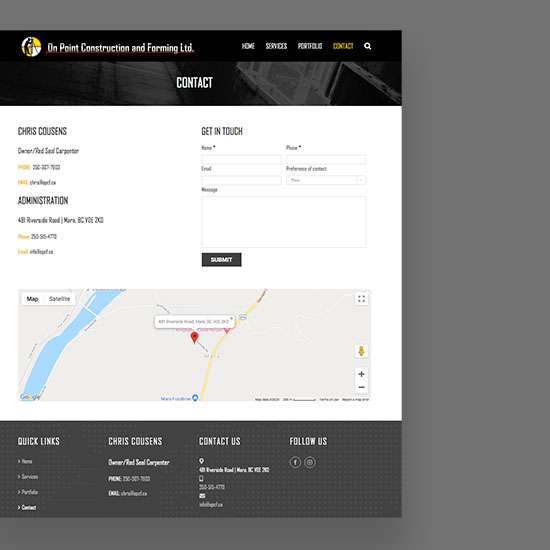 On Point Construction and Forming Ltd.

On Point Construction and Forming Ltd. (OPCF) was incorporated by Chris and Sarah Cousens in 2015, specializing in concrete forming in the Shuswap and Okanagan region. Chris is a Red Seal Certified Carpenter who began concrete forming in Vancouver in 2005. After building high-rises for several years, Chris and Sarah relocated to the Shuswap in 2010, where Chris worked in commercial and residential construction. Eventually, Chris decided to start a company that could support his family and employ local carpenters and tradespeople that share his passion for diverse and interesting builds.